When Katy and Jeff Rose took a few days off recently, the Menlo Park couple decided to spend it in the woods, like they’d done on camping trips with their kids years ago. This time, however, they...

Over the summer, Governor Brown signed the 2016-17 Fiscal Year State Budget, which includes funding for several initiatives near and dear to CSPF’s heart. This is part two of a three-part series taking an in-depth look at these projects to tell the story of why advocacy for state parks matters. This month we want to tell you about another budget victory that is enabling the Department of Parks and Recreation (DPR) to develop and implement a two-year Community Liaison Pilot Project at two of the largest urban state parks in California, Candlestick Point State Recreation Area in San Francisco and Los Angeles State Historic Park

Over 200 photos have been submitted to California State Parks Foundation’s “Discovering CA State Parks” Photo Challenge. Now its time to vote for your favorite image! 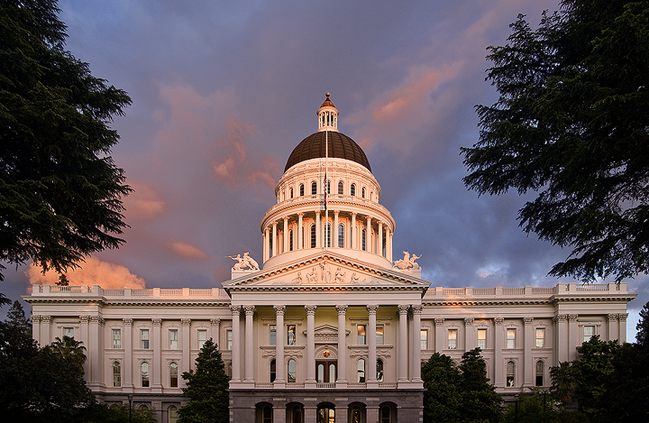 The 2015-16 Legislative Session wrapped up on August 31, 2016, with Legislators sending nearly 800 bills to Governor Brown’s desk for final decision. Read our legislative Update to learn about this year’s state parks related legislation.

Gov. Jerry Brown has signed a bill by Senator Fran Pavley to enable the Department of Parks and Recreation to enter into partnership with a nonprofit entity to conduct such functions as raising private funds to improve parks and marketing the parks to promote increased public visitation.

On Wednesday, Brown vetoed Senate Bill 1333, by Sen. Marty Block, D-San Diego, that would have prohibited smoking at state parks and beaches.

Advancing the vision of a private blue-ribbon commission to reinvigorate the California state park experience for generations to come, the Legislature has sent to Gov. Jerry Brown a bill to enable the Department of Parks and Recreation to enter into partnership with a...

Amid concerns over health impacts and wildfires, smoking and using electronic cigarettes would be outlawed at California’s 270 state parks and beaches under a bill sent by state lawmakers to the governor on Tuesday. The measure creates a fine of up to $250 for those...

This bill makes clear that trademarking of historic names in state parks by concessionaires without any independent basis for a claim is unacceptable and our state Department of Parks and Recreation cannot sign off on the type of trademarking conduct that produced the Yosemite dispute,” says Assemblyman Ken Cooley, D-Rancho Cordova, the author of the legislation along with Assemblymen Frank Bigelow, R-O’Neals, and Adam Gray, D-Merced.