As the first year of the 2015-16 Legislative Session has come to a close, we would like to share with you a summary of state parks-related legislation lobbied on by CSPF staff.

Gov. Jerry Brown has signed into law Sen. Fran Pavley’s park legislation, Senate Bill 204. The bill bolsters financial and in-kind support for the state park system, which has been bedeviled by inadequate funding and years of deferred maintenance of facilities.

Great Places for You & Me Infographic

The Great Places for You and Me Infographic was created as part of our “Great Places” campaign to highlight just a few of the many reasons why California’s state parks play an important role in the lives of Californians. The infographic provides an overview of the state park system, and reasons why state parks are great places for students and teachers, local economies and small business and for your health.

Three nonprofit and private organizations that stepped up to keep three of Sonoma County’s state parks open when they were threatened with closure in 2011, have increased attendance and revenues at Sugarloaf, Jack London and Austin Creek, and look forward to continuing their work as long as the state will have them.

They presented their annual reports in Santa Rosa on Oct. 22, reviewing and highlighting their activities over the 2014/2015 budget years. 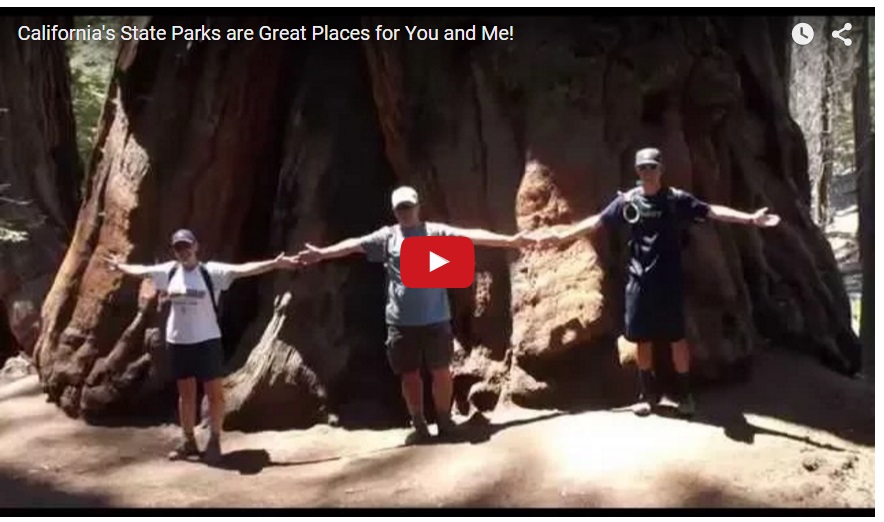 We asked state park supporters to share their favorite state park photos with us to help us tell the story of why California’s State Parks are Great Places. Here are just some of the hundreds of photos we received.

Join our statewide efforts to raise awareness of California’s state parks and advocate in support of policies that will move state parks toward a vision of excellence.